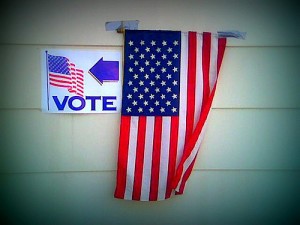 Here’s a new twist on an old idea. Slate.com published a piece suggesting that minority communities would fare better politically if they did away with Section 5 of the Voting Rights Act.

A quick primer: Section 5 of the VRA, known as the pre-clearance section, “freezes election practices or procedures in certain states until the new procedures have been subjected to review, either after an administrative review by the United States Attorney General, or after a lawsuit before the United States District Court for the District of Columbia.” There are specific states that fall under the jurisdiction of Section 5, you can find a pretty good map of those states HERE.

Section 5 has been used in Federal Court to draw voting districts where a minority electorate will have the opportunity to elect a candidate of their choosing, and not one imposed on it by the majority. The idea follows the precept of equal representation.

The twisted logic says “that it’s very easy to pack blue-voting non-white areas into safe seats while reducing the number of competitive, blue-leaning seats in the rest of the state.” In other words, if you pack black voters in black districts and Latino voters in Latino districts you weaken the power of white democrats in white voting districts.

But we can see what’s really going on here. No somos pen…sativos. The power base of the Democratic party is changing, and the minority electorate is needed to keep the party viable. We understand that, ¡pero que no sean hipócritas! We shouldn’t be carrying other people’s water to the place they find most convenient, and you can’t change the hard won rules and guarantees of the constitution to suit your momentary political needs.