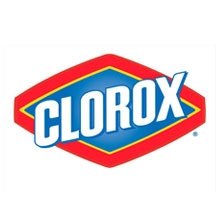 What in the world?! I don’t know who wrote this press release, but they should be fired immediately. From a press release from Clorox about a study the company did on the cleaning habits of Latinas:

“The study, which explored the housekeeping lessons and cleaning routines shared between generations of Latinas, also revealed that cleaning is a rite of passage, taught by mothers and grandmothers and meant to influence present-day routines and brand choices.”

¿Qué? Unless the rest of the United States considers living in filth a “rite of passage,” I’m fairly certain that the sense of pride Clorox was trying to tie into using their products will backfire with this racist dribble. You’d think they know better, the company commissioned a study of Spanish-dominant Latinas from 25-54 all over the country.

Another funny ethnic anecdote from the release, “43 percent of Latinas report their significant others as helping with household cleaning – a surprising find, considering the long-standing myth that cleaning is a role predominantly performed by women.” It’s actually hilarious, because aren’t those Latino men supposed to be drunk, beating their wives and smuggling drugs, or something, while their women do all the cleaning? Then, because a Latino that’s not cleaning is not a happy Latino, “In addition to Latino men, nearly nine in 10 Latinas expect their children to help with the cleaning chores, this making cleaning a family affair.”

See?  Latinos ARE GENETICALLY MADE to clean! I’ll never complain about Latinas being depicted as nannies again. But the bigger question, and more serious question here, is: Where does a multinational corporation like Clorox with all the money in the world to spend on research find someone to write a press release like this?!

There’s more ridiculousness at the link, if you care to find out.