Long after the rest of us have already figured out that the prison industry was an integral part of conceiving, drafting and implementing Arizona’s anti-immigrant law SB 1070, NPR also discovered the fact.

NPR’s story here, some highlights and a pretty graphic:

Ha ha ha, so funny these rich guys shaping our laws for their own benefit! Â Crack me up! 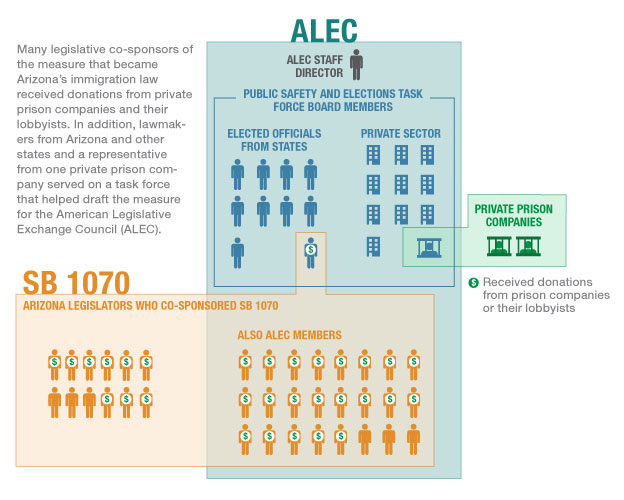