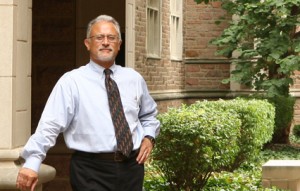 Latina girls have twice the rate of suicide attempts as their Anglo and African-American peers:  21%.  Professor Luis H. Zayas has been studying the phenomenon since he accidentally stumbled upon it in the 1980s.

I spoke with Zayas earlier this summer about his research and his resulting book, set for publication next year, Letting Out Endless Words: The Suicide Attempts of Young Latinas. Zayas founded the Center for Latino Family Research at Washington University in St. Louis, Missouri, where he is also the director.

As a social worker and developmental psychologist Zayas says he initially thought the phenomenon was limited to Dominicans, then he added Puerto Ricans, then he thought it was a Caribbean phenomenon, but eventually he expanded his research to include Latinas from all backgrounds: Â from Mexicans to Cubans to Venezuelans.

These rates are higher for the girls in the U.S. than in their home countries, pointing to what Zayas says is a mix of factors ranging from culture, assimilation, immigration and family issues. When the young women reach adolescence Zayas has found that the mix can be explosive, especially when poverty, a lack of familial communication and the physical or emotional absence of a father are also thrown in.

There are other factors contributing to high rates of Latina suicide attempts, he explains. These include: immigration, poverty, low access to health care, language barriers, the absence of extended family and the cultural idea of a close-knit family unit.

The actual attempts are often prompted by changes in the structure of families (such as a parental figure entering or leaving), conflict between parents and other abuse; this was especially acute when communication in the family was not strong. Here, Zayas explains, when these young Latinas are unable to adhere to the cultural norms of a tight-knit family, they find suicide as an outlet.

NewsTaco:  What piqued your interest about pursuing social work, and then developmental psychology?
Prof. Luis Zayas:  The same reason a lot of us do it:  To help people.  I don’t study suicides, to me this is a cultural phenomenon— that’s what interested me.  My own experience growing up as an outsider from this country, especially when there were fewer Latinos, we were called all sorts of names [Note: Zayas is Puerto Rican].  There were no role models.  It’s different for young people today who can turn on TV and they can see some young Latinos and up-and-coming stars.  When I was coming up we didn’t have that.  We had a couple of baseball players, that was about it.

NT:  Is there any precedence for this that you’ve found in your research?
LZ:  Trautman (a researcher), in the late 50s, was studying this phenomenon among young Puerto Rican women, he termed it the — suicidal fit.  He was seeing it among young Puerto Rican women between the age of 18 and twenty-something, some of these women were older, but most often they were in their 20s.  When Dominican immigration to New York began in the 80s, we began to see teens also attempting suicide.

NT:  So, why Latina suicide attempts?  Why did you start studying this?
LZ:  It was something I stumbled upon in the mid-to-late 80s.  I had been hearing about it, these girls who were attempting suicide.  When I joined the faculty at Columbia (University) to work on my Ph.D. I was able to see it.  I was teaching students at a city hospital in East Harlem, or Spanish Harlem, that’s when I began to come face-to-face with this phenomenon.  Dominican immigration to New York began, so I began to think maybe it’s not just a Puerto Rican thing, because it’s also a Caribbean thing, as I had also heard in Miami about Cuban and Nicaraguan girls.  I read a newspaper report that most of the suicide attempters in Miami-Dade tended to be young Latinas.  Then I thought that this is more pan-Hispanic than anything else.

NT:  You’ve been studying this on your own for more than 20 years, and also read others’ work, do you have any conclusions as to why this is happening at such alarming rates?
LZ:  We always felt that some cultural factors played a part in the higher than average rate of attempts by young Latinas.  What we came down on is acculturation processes and differences between generations.  Now I’m beginning to think about it really as a cultural idiom of distress — it’s the way people manifest their problems through culturally relevant, culturally influenced by the culture avenues.  Like ataques, nervios, susto, we’re beginning to think that these suicide attempts are really an idiom of stress specific to Latino cultures — but we’re still working on that theory.  The question is, why do they decide to do suicide attempts instead of doing something else?  It may be a form of nervios, but expressed differently.

NT:  Young Latinas are typically at the bottom of a family or societal hierarchy, does this play into your findings?
LZ:  There’s a lot there that they must take care of — the younger siblings and so on.  It’s a status that they have and the expectations that are put on them for the sense of obligation to the family, but also the sense of what the boys can do that the girls can’t do.  The kind of emphasis that is given on them to for chastity and things like that and decorum that are not expected of the boys.

NT:  Does “Catholic guilt” play into this at all?
LZ:  It’s hard to say.  It’s melded together in a way that sometimes you can’t distinguish the culture from the religion, or the religion from the culture.  Most of the girls in our studies have been Catholic, about 70%, and the others are a mix of other Christian denominations.

NT:  Why isn’t this same phenomenon present in the girls’ native countries?
LZ:  We don’t know why it happens more here than in their home countries, except that in your home country, you are surrounded by girls who are in your same boat, and you all share a common social system, environment.   Whereas here, instead of being Guatemalan, you become Hispanic or Latina.

NT:  What kinds of treatments are available for these girls and their families?
LZ:  I recommend family therapy, get parents and children talking to one another, because I don’t see it as a problem that the girl has, I see it as a systemic problem of the family.  More often than not, it’s a situation thing related to a lack or failure of communication, the loss of family rituals, the importance of having nurturing in the sense that somebody is looking out for you and understands your feelings.  Parents grow up in Santo Domingo (Dominican Republic) or Chihuahua (Mexico) and their kids are growing up here, in a different set of circumstances, the point is to get them to understand each others’ points of view.  One of the distinguishing features of those who did not attempt (suicide) is that the non-attempters could understand where their parents were coming from.

NT:  What do you have working next for your research on Latina suicide attempts?
LZ:  How culture plays a part.  Each step [so far] was from hunches, to kind of half-baked theories, to where culture might be influencing it, to now where we’re analyzing the data. What we want to do in our next study is study black girls, white girls and Latinas and use the same means to find out what it is why they attempted, even though the rates are different.  Can we tease out what the cultural elements are?

[Photo By Geoffrey Story of TOKY]